After my first horse passed unexpectedly, I knew I would eventually want to find another horse to bring home to trail ride and spend time with. Appaloosas are by far my favorite horses. They’re so spunky, athletic, sweet and always up for anything. They seem to all have an “appytude” which is challenging sometimes but in the best way possible.

I am also very passionate about rescue and adoption and I wanted to do something similar again for my next horse. I was really limiting myself on finding the perfect horse with those two specific requirements so I started browsing the internet to find adoption organizations in my area, so I could watch their sites for any new horses coming up for adoption. I found Days End Farm Horse Rescue on Instagram and started following them.

One day I was on their site and saw Gretta’s picture show up. She was a skinny little mare, trotting around a round pen in the picture. Her tail was up, her ears were straight up and forward, and she was attentively watching whoever was photographing her. She had a kind yet spirited look in her eyes and I just knew she was my horse. This is exactly how I ended up with my first horse, I saw a picture of him and just knew.

I contacted the rescue and kept in touch with them until she returned from training. I made my first visit to Days End to see her in December. She wasn’t an overly affectionate mare, which is a trait that I want in a horse, and she seemed rather disinterested in me. But we groomed and walked around. I visited her three additional times in snow and rain to visit with her. My last visit I finally had the chance to ride. During previous visits the ground had been frozen or covered in ice. There was a nice layer of soft snow on the ground in the arena that day so all we could do was walk and trot. I think we trotted for five minutes.

Honestly, there was nothing that horse could have done under saddle that would have made me change my mind. We brought her home two weeks later.

Gretta has been with us for about a year and a half now. She is Appaloosa in every way; from her spots to her attitude & athleticism. She has become a super affectionate, in your pocket and nosey pony. She totes my two-year-old son around on pony rides, let’s her climb all over her and take her for walks. This is another horse for me who is worth her weight in gold.

#righthorse to me is finding that horse or horses that are perfect for you even when they may not be for someone else. My right horse(s) have challenged me and tested my commitment and trust before turning around and putting their souls into me. I’ve had two horses of my own so far, both rescues that had been through some difficult experiences. But, both of them devoted themselves to me. I tell people all the time that my horses would walk through fire for me, and I am convinced our bond is the only reason they would do that willingly. That bond is what defines #righthorse for me. 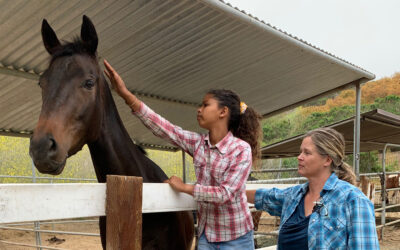 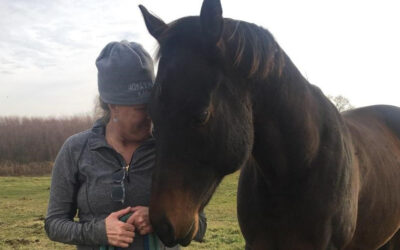 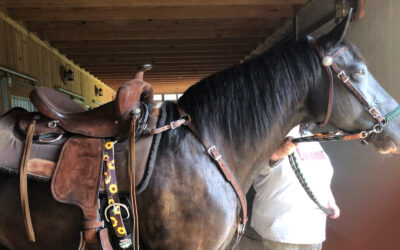