When my pony was sold after being deemed “dangerous,” my heart was broken. After buying my old quarter horse, my family stumbled upon Shadoh, a timid, little Arabian. You never would have thought he would end up being mine if you had seen the tears streaming down my face on that cold, fall day. I wish I could remember why I cried, but I have always wondered if maybe somehow I knew that there was nothing but hard times ahead for the two of us.

Skip ahead to November 11th, and the shy, bay horse showed up at my house with a worn, blue halter fastened too tight to his dished face, just a glimpse into the suffering this horse had endured for who knows how long. The next few years were rough. Shadoh’s previous owner had instilled nothing but fear in the young horse, purely for the need to dominate him. Try to imagine one of the world’s most spirited breeds with an utterly broken soul. It was painful to watch him run for hours at the sight of the halter, and just plain sad that the simple task of brushing him made him tremble in fear. The poor horse was ruined by evil ambitions, but I was determined to breathe life back into his broken heart.

Flash forward to the present. After seven years of showing Shadoh true love, he has finally begun to break out of his shell. Unfortunately, he’s been pained with arthritis in his stifle for years, from what we’ve guessed was an old riding accident with that corrupt woman we call Shadoh’s past owner. Considering the severity of it, you wouldn’t believe what this horse has still been able to accomplish on his good days. He took third place in an event at our first (and only) gymkhana ever, and just a month after that, first place in both halter classes we competed in at our first show. Where do you even go from there with a horse like Shadoh? He proved all of the naysayers wrong, completely through the power of love.

For me, #RightHorse is not about choosing the horse of your dreams, but letting a horse choose you as the person of his dreams. I used to believe I had done Shadoh a favor by bringing him out of the abusive situation he was in, but eventually I realized that he was my right horse not because I helped him, but because he helped me. That’s the most powerful thing about our right horses; THEY choose US. Maybe we give them a home, a happy life, show them love, but they teach us the necessary lessons to live a meaningful life. I never had a choice to choose Shadoh when it came down to it, because he had already chosen me. He chose to be my right horse. 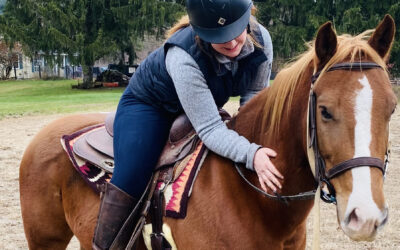 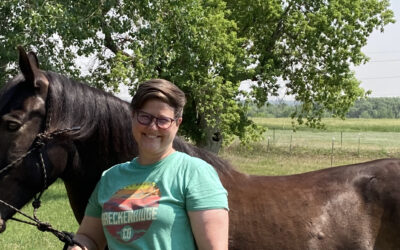 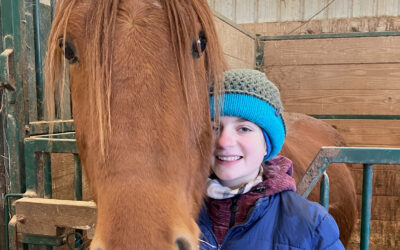